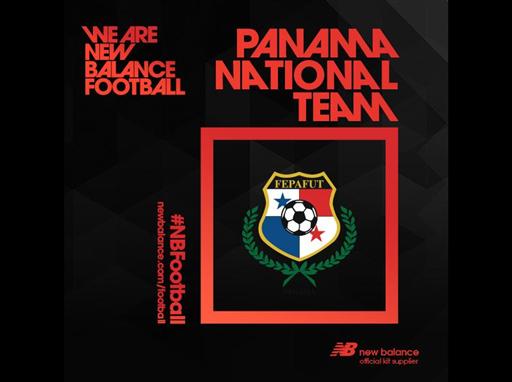 Founded in 1937, Los Canaleros (The Canal Men) have been climbing the FIFA rankings over the last decade. A storming run through World Cup qualification stages clearly emphasised the impressive progress the nation has made. The New Balance Panama kits will first hit the pitch during the Under-20s World Cup in New Zealand in June 2015.

Pedro Chaluja, President Federacion Panamena de Futbal said, ‘We are a country with big footballing ambitions and our relationship with New Balance is the ideal one to help realise our potential.  While we are a small country, our passion and love for the game knows no bounds, and with the state-of-the-art kit and training gear from New Balance, we are ready to take on some of the biggest countries, at the highest level of the game.”

Richard Wright, General Manager of New Balance Football, said: “We are excited to announce the next chapter in the New Balance Football story. You can see from Panama’s performance in the 2013 Gold Cup, and last year’s World Cup qualification, they are an exciting team that are clearly on the ascendance on the international stage. Much like New Balance Football, the country isn’t afraid to take on some of the more established names in football. They are a team that we are proud to be involved with, and one we hope to share success with in the future.”