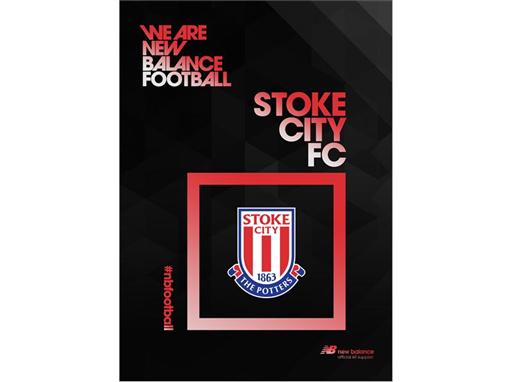 [WEDNESDAY 4 FEBRUARY, 2015] New Balance and Stoke City today announced that the Staffordshire club is to be kitted out by the global sports brand from the start of 2015/16 season. The deal will see the Potters – the oldest club in the Premier League - further enhance New Balance’s expansion into football, cementing an impactful presence in the Premier League for the brand. New Balance will bring its considerable technical expertise when designing and developing the club’s kit and training apparel.

Stoke City Chief Executive Tony Scholes said: “Working with a brand with the global appeal of New Balance offers the club a chance to widen our fan base internationally, which is a very exciting prospect for us. New Balance is a family run business and that personal touch will be something that will resonate heavily with Stoke City fans.  We are delighted to be a part of New Balance’s journey into football and playing our part in contributing to its success.”

Richard Wright, General Manager of New Balance Football, said “Stoke City is one of the oldest professional football teams in the world, and this history is part of everything the club does. Its fans are incredibly passionate and proud of the club’s traditions. We’re looking forward to working closely with Stoke City and providing them and their fans with a range of innovative and high-performance kits that a club of their stature deserves.”