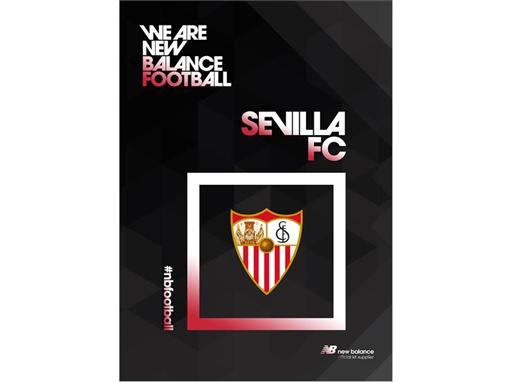 Current UEFA Champions, Sevilla FC have a rich 110 year history and have been responsible for nurturing some of Europe’s leading footballing talents with an extensive line up of world class players that have been decorated at the highest levels of the game. The sponsorship gives New Balance a strong presence in one of Europe’s top leagues; a key factor in the brand’s growth in the global football market.

Ramón Loarte, Marketing Manager of Sevilla FC discussed the enthusiasm at the club for the new deal. “Sevilla is looking forward to this new era for the club, working with a brand that is renowned for its technical expertise and innovation. New Balance made it clear to us from the start that this is not simply a kit sponsorship deal, it will be a collaboration of peers working together to develop the best kits available. We will be working very closely with the brand to ensure that the true spirit of the club and its fans are represented in everything we do together.”

Richard Wright, General Manager of New Balance Football, said: “Sponsoring a club that is so admired across the Spanish league and in Europe is a real coup for New Balance, and gives the brand a commanding presence in one of Europe’s most dynamic domestic leagues. We’re excited to bring technical expertise and innovation to Sevilla FC and their loyal fan base.”