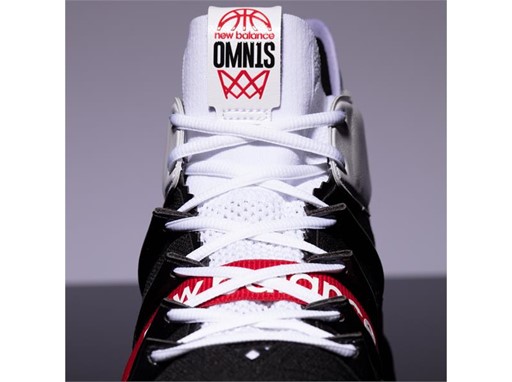 Boston, MA (February 15, 2019) – New Balance Basketball revealed today the first look at three-time All-Star and New Balance athlete Kawhi Leonard’s debut game shoe on @NBHoops. The brand-new OMN1S basketball shoe is featured in six unique All-Star colorways, but Leonard will only get to choose one to debut for the first time ever on Sunday, February 17th in Charlotte, NC when he steps out on the court.
Now in his eighth professional season, Leonard’s multi-faceted game and distinct personality sets him apart from his peers. Combined with New Balance’s long-standing sports history and fearlessly independent approach to shoe design, Leonard will choose one of these six unique colorways:
Detroit Camo is inspired by automobile manufacturers obscuring the appearance of prototype cars. This “dazzle camouflage” is used to mislead Kawhi’s opponents while defending his size and speed.
Trust Leonard pays homage to 80’s basketball and includes accents that call back to the “golden era”. In today’s game, with so many stars angling to play together, Leonard stands out as a true independent.
Black Ice preserves the three-pronged chicken foot as the original 1906 source of New Balance sneaker inspiration. Now more than 100 years later, Charlotte will forever be frozen in time when Kawhi Leonard and New Balance Basketball leave their mark.
Best Kept Secret features the color red to convey courage and excitement. Not only is New Balance set to shatter industry expectations, but Kawhi Leonard is ready to reveal the league’s “Best Kept Secret” – himself.
DNA is built by powerful and destructive beasts capable of incredible feats. Though considered extinct, the world’s most unique creatures live on through Kawhi Leonard.
Project 515 shows that the past can inform the future with retro New Balance details. Just like Kawhi Leonard, this new silhouette will inspire the next generation of young hoopers.
To learn more about New Balance Basketball and Kawhi Leonard, visit www.newbalance.com/basketball.