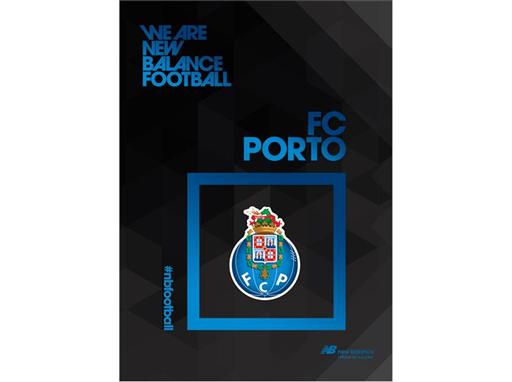 The deal with FC Porto, with its wealth of history in competing in the top flight European competitions, enables New Balance Football to make a distinct impact on European football from day one. The long term sponsorship sees New Balance bring its unique innovative approach to kit design and development to the club and its fans.

Jorge Nuno Pinto da Costa, President of FC Porto, said “This is the perfect football brand for FC Porto. The ambitions for global expansion, a desire to represent the fans in every fibre of the product designs and the commitment to constant innovation, all reflects our own principles. I know our supporters will be very excited by the announcement of this new sponsorship.”

Richard Wright, General Manager of New Balance Football, said: “We are delighted to have FC Porto join the New Balance Football family. The club is internationally recognised for producing and nurturing top, young footballing talent that excite their fans with their flair and panache. FC Porto is an incredibly entertaining club to watch and have earned the right to sit amongst Europe’s footballing elite. This is more than just a football club; it’s a way of life and we are immensely proud to be able to announce this sponsorship.”