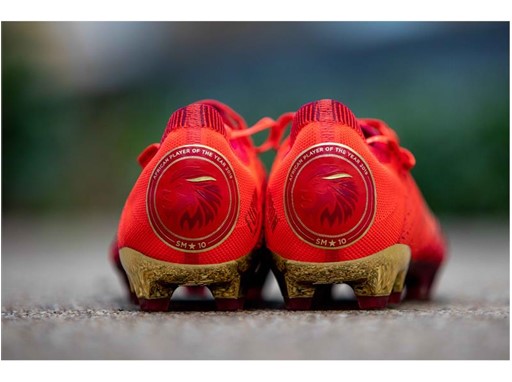 New Balance Ambassador Sadio Mané is the 2019 African Football Player of the Year – completing an unreal year in New Balance’s Furon boots for the Senegalese forward.
The Liverpool FC attacker finished the 18/19 domestic season as the joint golden boot winner and lifted the Champions League, World Club Cup and Super Cup trophies in 2019.
2019’s Africa Cup of Nations tournament also saw Sadio reach the final with his native Senegal. Sadio is up and running in the 19/20 season and already has 15 goals in all competitions. New Balance is celebrating Sadio’s achievement with billboard displays in both Liverpool and Senegal’s capital, Dakar.