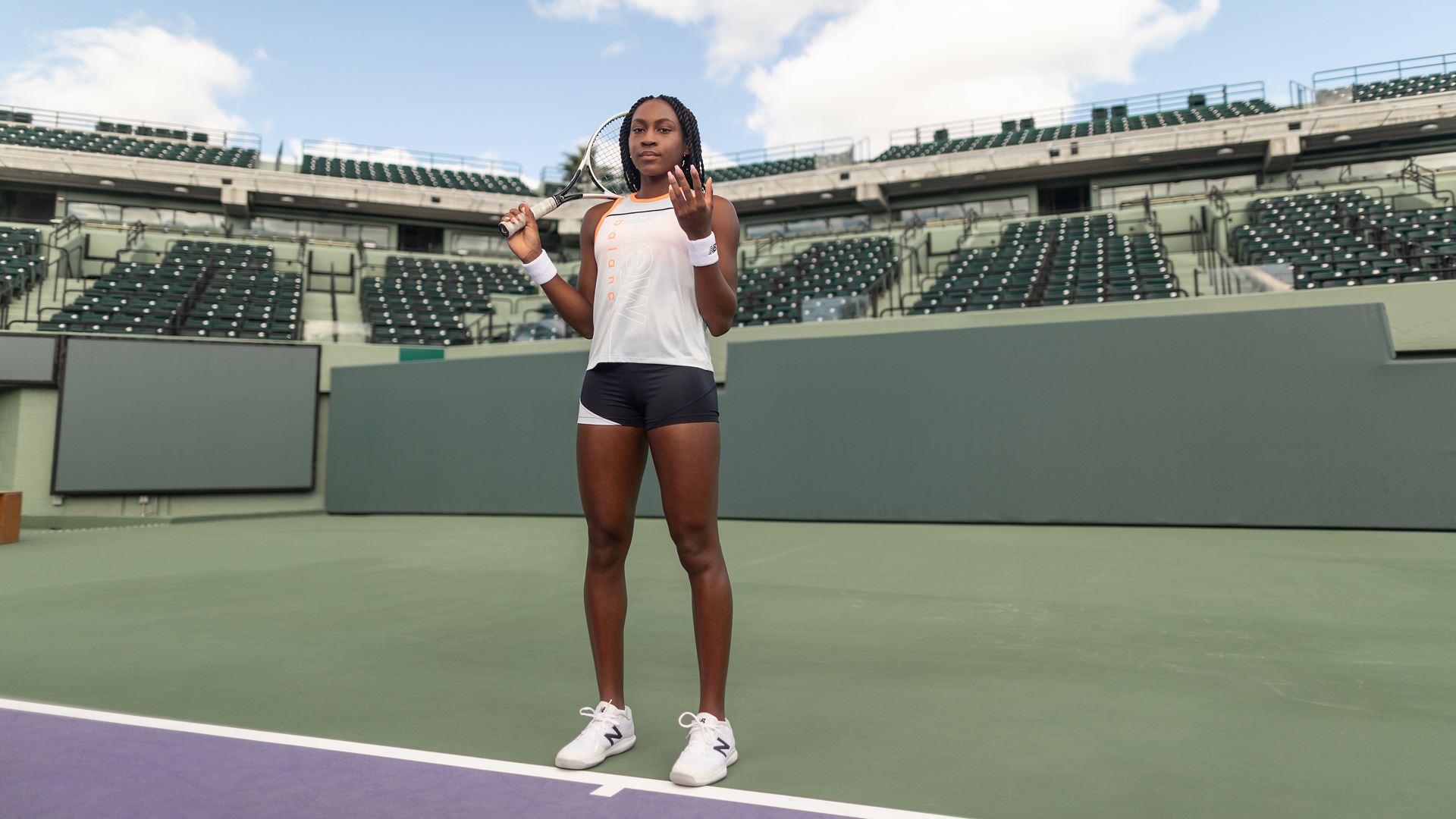 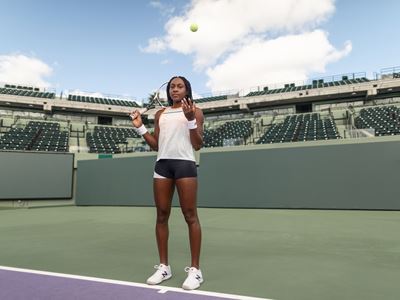 Since signing with New Balance in 2018 at the age of 14 Coco Gauff has broken many firsts such as being the youngest player ranked in the top 100 by the WTA (currently 23), 2019 was the youngest player in the history of Wimbledon to qualify for the main draw and most recently in 2021 the youngest American to reach the quarterfinals of a grandslam since 1997. Coco is a girl that dreams big and is working hard every day to reach the top of her game and change the world with her racket. Coco and her family remain active in giving back to their community of Delray, FL.