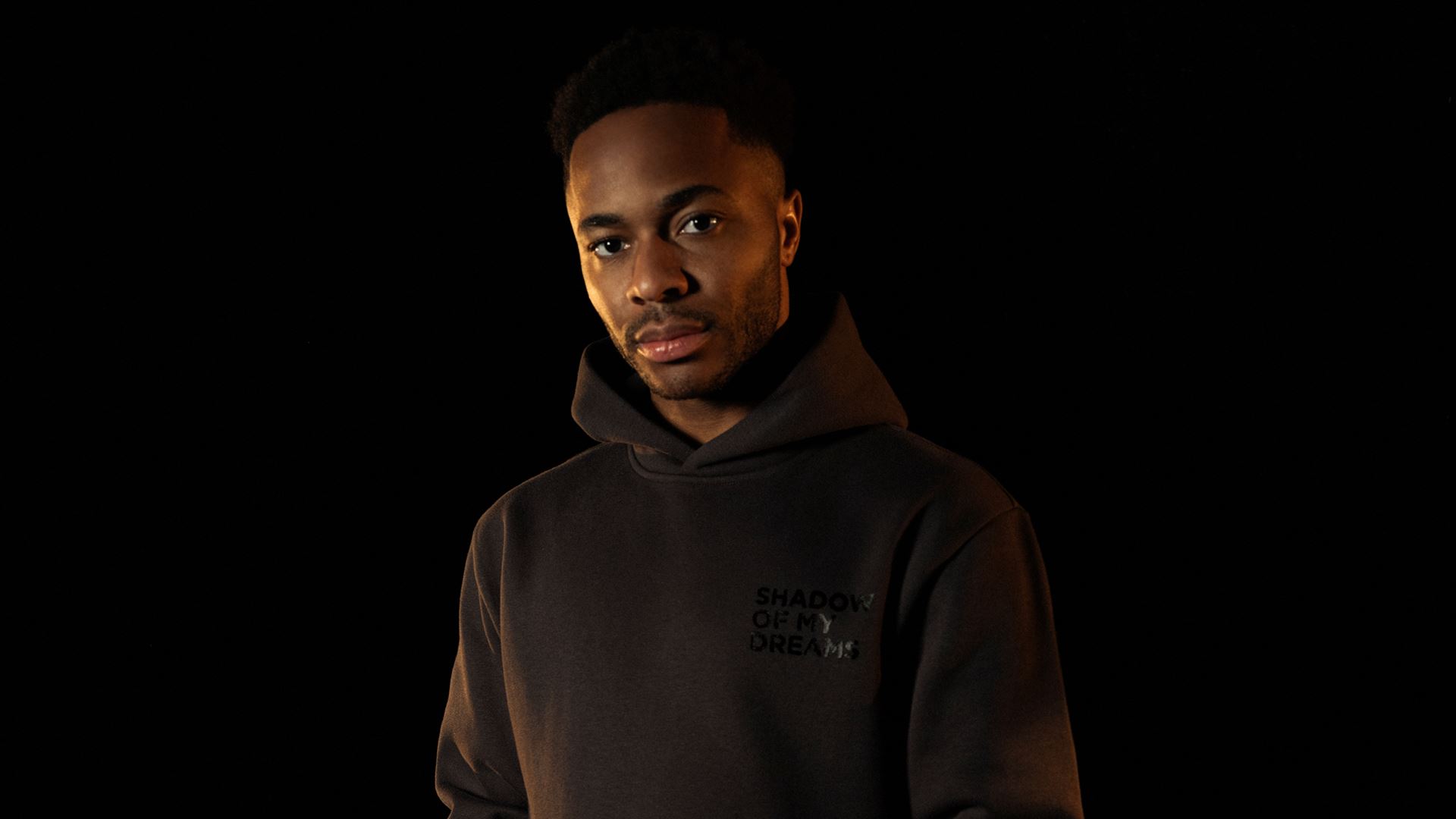 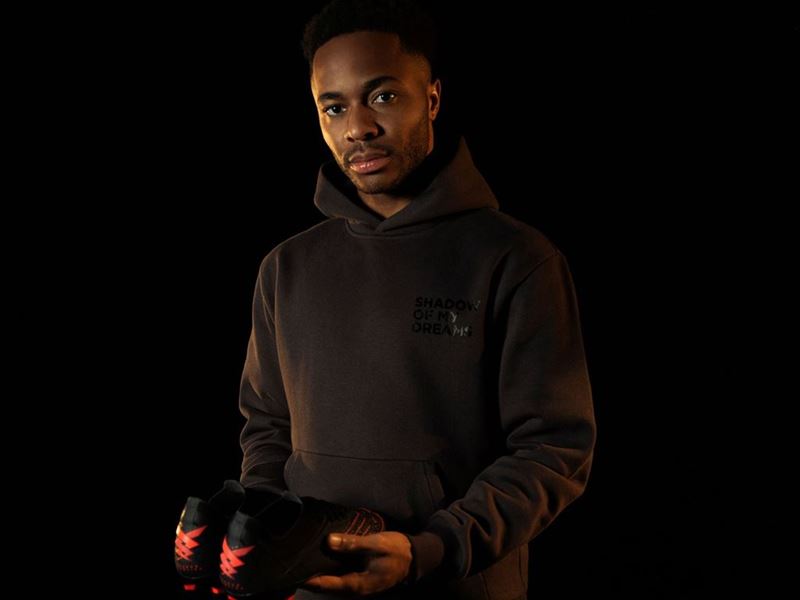 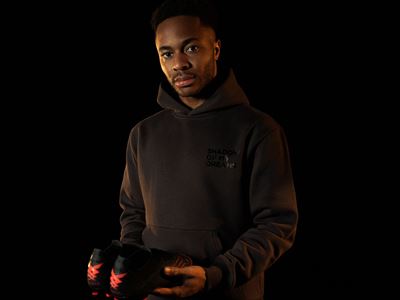 MAY 6, 2022 New Balance and Raheem Sterling today revealed their first co-designed collection that includes football boots, lifestyle footwear and an assortment of apparel including a t-shirt, hoodie and sweatpant. The entire collection celebrates the England international’s inspiring path to success. The New Balance Shadow of My Dreams collection launches on www.newbalance.com and select retail partners globally May 6, 2022.

The New Balance Shadow of My Dreams collection is heavily influenced by Raheem’s growth from playing street football in the shadows of Wembley, to representing, and on several occasions captaining, his national team at the highest level.

The collection features a striking black and red colour palette throughout and is centred around a limited edition Furon v6+ football boot and custom 327 trainers that gives consumers options on and off the pitch.

Etched on the inner sole are the words ‘You are the creator of your own success’ as a tribute to those who dare to dream. Matching apparel items are also included for a full fit.

Raheem will wear the Furon v6+ football boots on pitch from this week.

“For my debut New Balance collection, I really wanted to celebrate where my football journey began and demonstrate that even being born into the most difficult of circumstances cannot stop your rise to achieving the biggest of dreams. As a child I visualised representing England on the pitch of Wembley, one of world sport’s most iconic stadiums, and look at me today. Brent has risen from the shadows. I never stopped believing in myself. I want young people to find pride in their beginnings and reach for the stars too.”

“Raheem’s personal journey to become who he is today is not only one of the most fascinating in the world of football, but also extremely important to him. It is an incredible opportunity as a designer to be able to work with him to bring his story to life for his first signature collection for the brand, giving our product a much deeper, emotional meaning that we can’t wait for our consumers to experience.”

Raheem Sterling is England football’s iconic Number 10, having capped the senior national team 74 times at the age of 27. In recent years, he has won 2 Premier League titles, 1 FA Cup title, 4 EFL Cup titles, 1 FA Community Shield title, the PFA Young Player of the Year, the FWA Footballer of the Year, and in the summer of 2021, he was named in the UEFA European Championship Team of the Tournament, driving England to their first international final in recent years. In December 2021, he reached the 100-Premier League goal milestone becoming only the 32nd player to do so in the history of the league. His goal tally in the UEFA Champions League currently ranks second for any English player in the history of the tournament. Utilising his public profile and platform, Raheem has continued to challenge racial bias within the game of football, leading the fight for a more equal sport and society. Also advocating for mental health support within youth, he was appointed a Member of the Order of the British Empire in the 2021 Birthday Honours. In November 2021, he launched his namesake Foundation, created to address and improve social mobility for disadvantaged young people across the UK and Jamaica.

Keen to give the next generation a stronger voice, Raheem wanted to utilise his global platform to encourage and promote fellow Brent native and rising singer-songwriter City Boy Moe. Renowned for his musical odes to North-West London, Moe looks to replicate Raheem’s inspiring rise, and one day follow in his footsteps to perform on the main stage.

New Balance Football takes an original approach to designing and developing product, focusing on the unique needs of the player and the game. This is reflected in the quality of the sponsorships it has secured, including an enviable line up of some of the world’s great football clubs including AS Roma, FC Porto, Athletic Club, LOSC Lille and national football teams Costa Rica and Panama as well as a roster of top flight players who excel at the highest level of the game. For more information about New Balance Football, visit www.newbalance.com/football   New Balance Football can be found on Facebook, Twitter, Instagram).