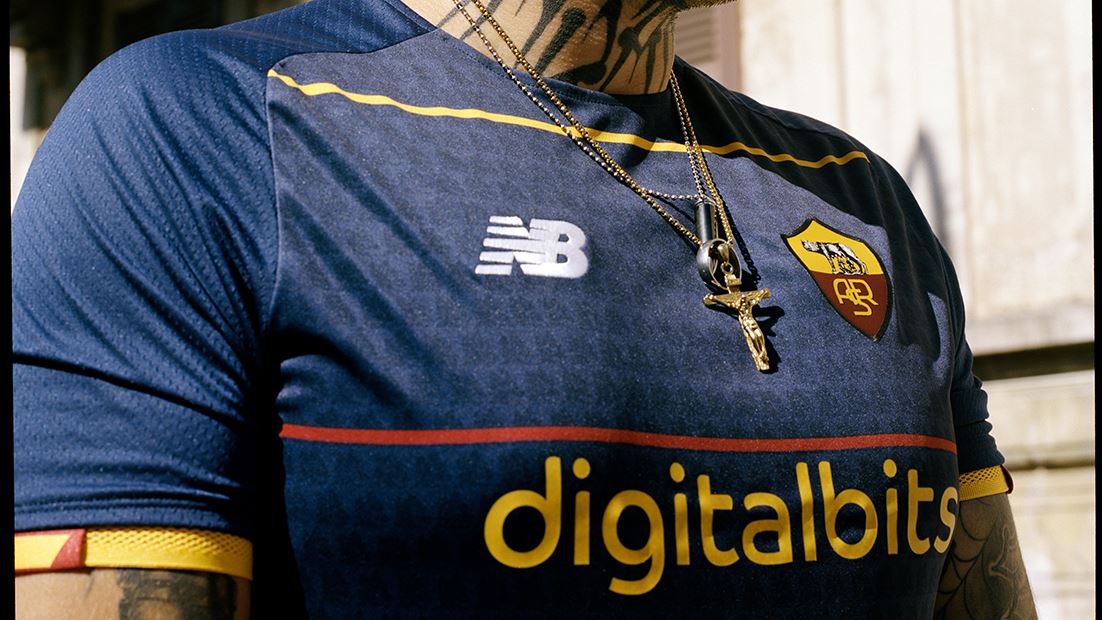 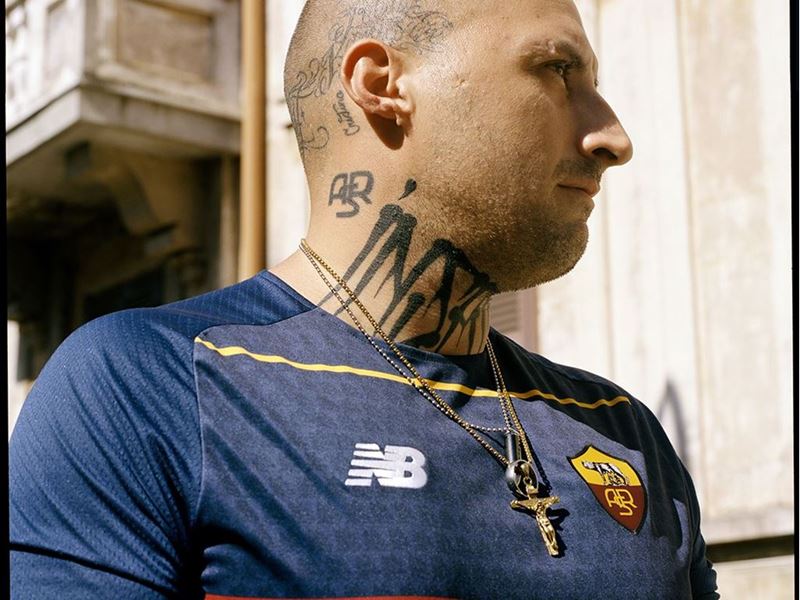 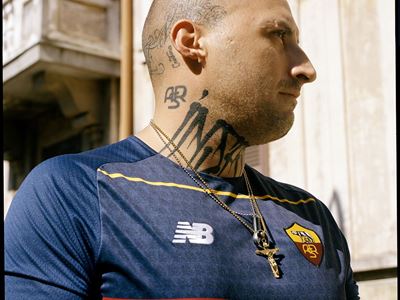 The new design revisits the iconic badge that appeared on Giallorossi shirts between 1997 and 2013, during which lo scudetto, two Coppa Italia and two Supercoppa Italiana were won.

An eye-catching twist on AS Roma's famous colours, the kit is introduced in Navy which incorporates a tonal Lupetto, alongside delicate horizontal stripes in yellow and red. The shirt also incorporates a crew neck collar and ribbon cuff details in yellow.

“I really like the special details of this new kit. It's an honour to wear a badge that means so much to everyone connected to the club and I’m sure it will get a positive reaction from the fans”.

“New Balance’s bespoke jersey is a modern kit with a historic feel, that would feel authentic in any era. We know how important the badge is to the Romanisti and we are delighted that we've been able to celebrate such a special time in the club's history with this design".

The goalkeeper strip arrives in blue with a blue speckled graphic.

New Balance has applied cutting-edge design technology across all 21/22 jerseys to ensure superior performance. Developed using innovative NB Dry to help keep players fresh and dry from the first to the final whistle.

The release is part of New Balance’s ‘Only Roma’ campaign for the season ahead, in recognition of Roma as a way of life.