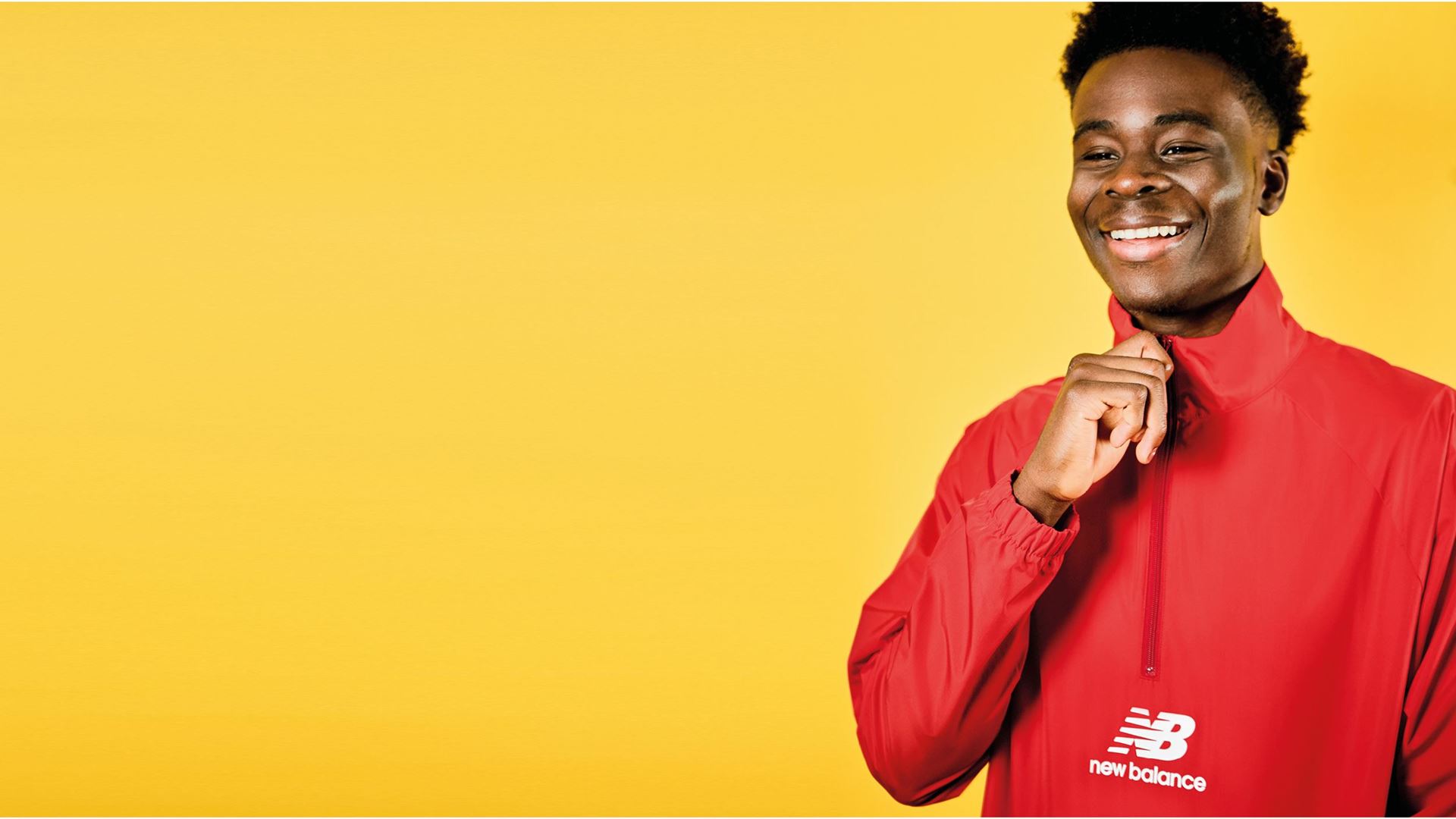 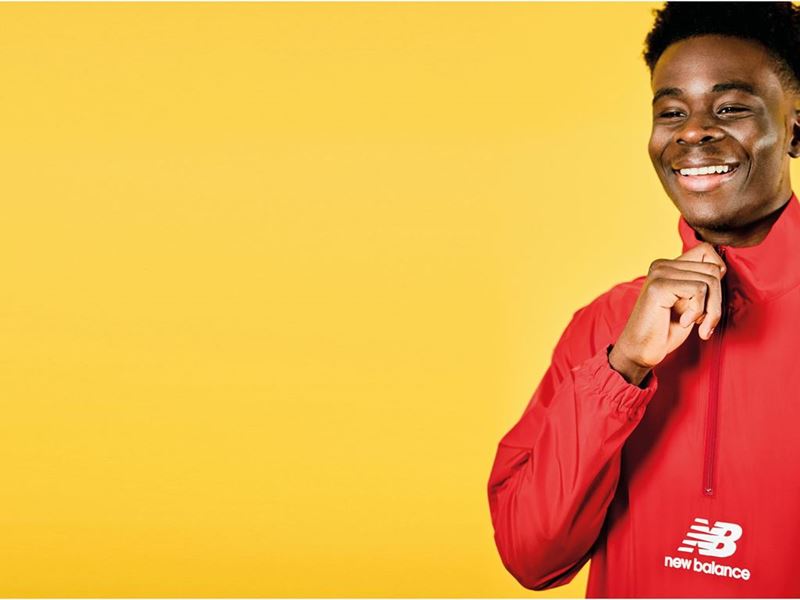 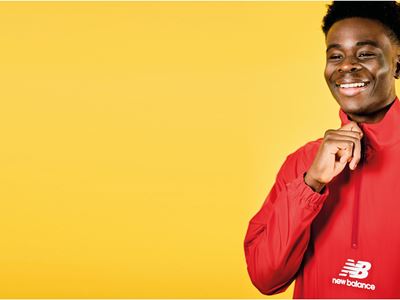 Saka who won his first England cap in October 2020, has an incredible 18 assists and 10 senior goals, at just 19 years old, making him one of the game’s most exciting young talents.

Family has been influential in the versatile forward’s development and was enlisted by New Balance to help photograph his debut campaign for the brand. The photos were captured in part by Bukayo’s brother.

A partnership with the global athletic leader is another landmark moment for the Golden Boy award nominee.

“It feels amazing to have a brand like New Balance behind me. Working with the team and having my family involved has been a great experience so far, and it’s only just starting. It’s been a special season with Arsenal and England and I’m excited about what the future can bring for my game and now also with New Balance”.

“This is a brilliant and exciting partnership. Bukayo is without doubt one of the most talented and exciting rising stars in the English Premier League.  As a young and influential player, we look forward to working with him both on and off the pitch in the coming seasons”.

“Bukayo is one of the best teenage players in world football, he is an amazing addition to the Team New Balance family,” says Andrew McGarty New Balance Head of Global Football Sports Marketing. “He approaches the game with a fearless joy that allows him to take chances and make plays happen. We look forward to supporting him on that path while also focusing on his passions off-pitch including community giveback and charity.”

The youngster will also star as an ambassador off-pitch and will feature across football, lifestyle, and community campaigns globally.