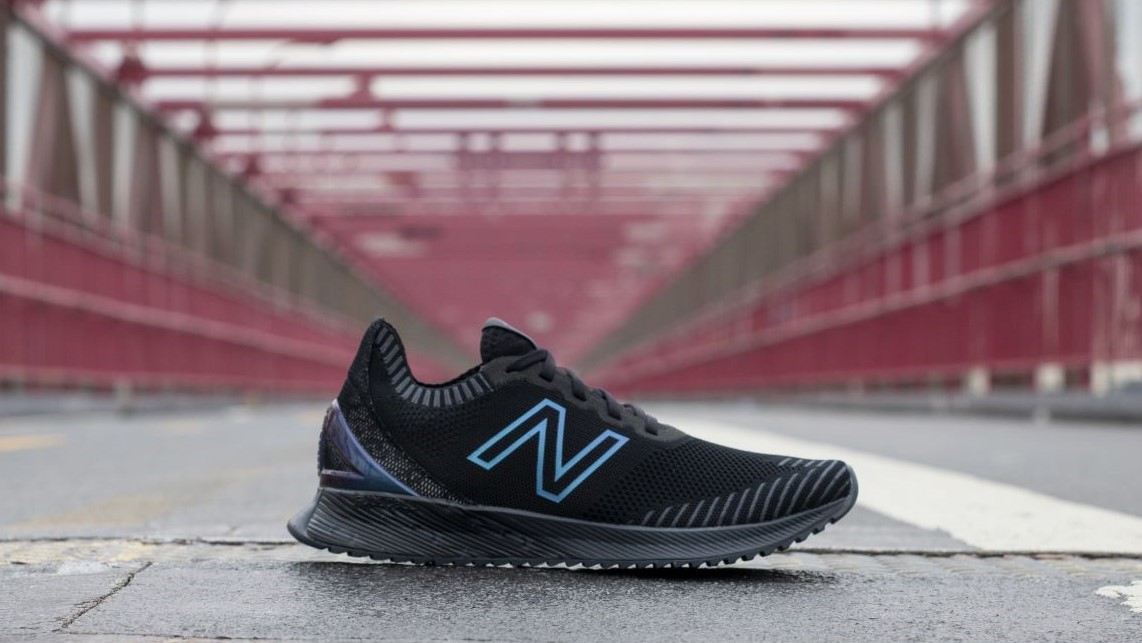 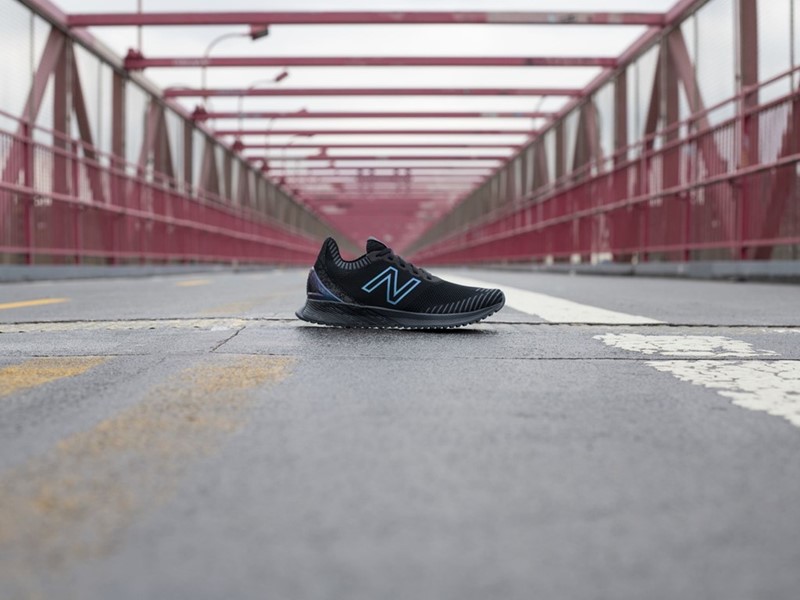 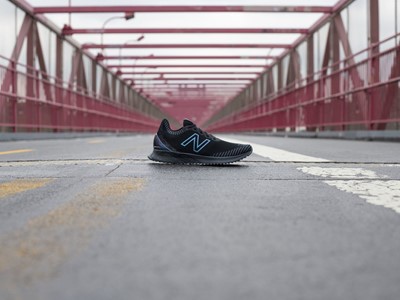 New York, NY – September 13, 2019 –  Today global athletic leader and TCS New York City Marathon partner New Balance unveils the official New Balance 2019 TCS New York City Marathon Collection through a social media campaign featuring popular NYC street and subway dance group It’s Showtime NYC!. The collection features footwear, apparel and accessories fit for any runner or spectator.
The New Balance NYC Marathon Windcheater Jacket is available for sale today, Friday September 13th and the rest of the collection will be available on Thursday, September 19th. The official TCS New York City Marathon Footwear Collection will be available Tuesday, October 1st. The official New Balance TCS New York City Marathon Collection will be available at select retailers, including the NYRR RUNCENTER Featuring the New Balance Run Hub, New Balance Flatiron, New Balance Upper East Side and www.newbalance.com with suggested retail pricing ranging from $30 for graphic t-shirts to $285 for the lifestyle capsule, NYC Marathon Sport Style Heat Down Men’s Parka.
“Over the last two years the official New Balance TCS New York City Marathon collection has celebrated the global attraction of the New York City Marathon and the wonderful diversity of this city. This year we further celebrate the things that bring us together, that connects the five boroughs of NYC – it’s bridges,” said Deirdre Fitzgerald, New Balance Executive Vice President of Apparel. “There are bridges that connect runners and people all over the world and in New York City the bridges create the physical connection that is the 26.2 mile, five borough, TCS New York City Marathon course. The collection features graphics inspired by these five bridges, and the overall design reflects the positivity and connection that is synonymous with the world’s largest marathon.”
To launch the collection New Balance worked with It’s Showtime NYC! dancers, a program of non-profit Dancing in the Streets, the largest street dance company in New York City. It’s Showtime NYC! celebrates New York City street culture and offers performance and professional development opportunities to street and subway dancers as a legal alternative to dancing in subway cars. The video, featured across New Balance’s Instagram and Twitter handles, will go live Friday, September 13th with the It’s Showtime NYC! dancers performing in the New York City Subway to an original song composed by drummer Alex Goffic.
The popular and collectable wind- and water-resistant NYC Marathon Windcheater Jacket returns in 2019 in five new colors: Pigment/Navy and Chambray for men, Overcast Grey and Kite Purple for women and Team Red for men and women. The iconic jacket harkens back to the very first New Balance apparel collection from 1978, updated for today’s athlete. Reflective taping across the chest and back pays homage to the original jacket and provides added visibility for low-light conditions.
Additionally, fashion meets performance in the Limited Edition Capsule Collection that is inspired by the rainbow reflections of iridescent puddles on the pavement beneath a runner’s feet; This comes to life through an iridescent reflective featured on the entire capsule collection. The breathable Q Speed collection can be found in the Limited Edition Capsule Collection with the NYC Marathon Q Speed Waterproof Jacket for men and women, with the suggested retail price of $200 and the NYC Marathon Q Speed Run Crew Bra Top and Crew Crop for women, a favorite of Team NB Athletes, both with the suggested retail price of $65. In addition, the NYC Radiant Heat Vest is back in new colors for men and women giving runners, and spectators, a great option as fall weather hits, retailing for $160.
The New Balance 2019 TCS New York City Marathon Event Footwear Collection features four popular performance models: the all-new FuelCell Echo (a brand-new addition to the marathon line-up) and Fresh Foam 1080v10 that both make their debut in the official NYC Marathon Footwear Collection. To round out the footwear offering the collection features the 860v10 and the 1500v6.
About New Balance
New Balance, headquartered in Boston, MA has the following mission: Demonstrating responsible leadership, we build global brands that athletes are proud to wear, associates are proud to create and communities are proud to host. Manufactured in the U.S. for over 75 years and representing a limited portion of our U.S. sales, New Balance Made U.S. is a premium collection that contains a domestic value of 70% or greater. New Balance owns five factories in New England and one in Flimby, U.K. New Balance employs more than 6,000 associates around the globe, and in 2018 reported worldwide sales of $4.1 billion. To learn more about New Balance, please visit www.newbalance.com and for the latest press information please visit http://newbalance.newsmarket.com.
About the TCS New York City Marathon
The TCS New York City Marathon is the largest marathon in the world and the signature event of New York Road Runners (NYRR), the world’s premier community running organization. The race is held annually on the first Sunday of November and includes over 50,000 runners, from the world’s top professional athletes to runners of all ages and abilities, including over 9,000 charity runners. Participants from over 125 countries tour the diverse neighborhoods of New York City’s five boroughs—Staten Island, Brooklyn, Queens, the Bronx, and Manhattan. Race morning also features the Rising New York Road Runners Youth Invitational at the TCS New York City Marathon, a race within Central Park that ends at the marathon finish line. More than one million spectators and 10,000 volunteers line the city’s streets in support of the runners, while millions more watch the globally televised broadcast. The race is a founding member of the Abbott World Marathon Majors, which features the world’s top marathons—Tokyo, Boston, London, Berlin, Chicago, and New York.  Tata Consultancy Services (TCS), a leading global IT services, consulting, and business solutions organization, is the premier partner of NYRR and the title sponsor of the TCS New York City Marathon. The 49th running of the TCS New York City Marathon is set for November 3, 2019. To learn more, visit www.tcsnycmarathon.org.
###