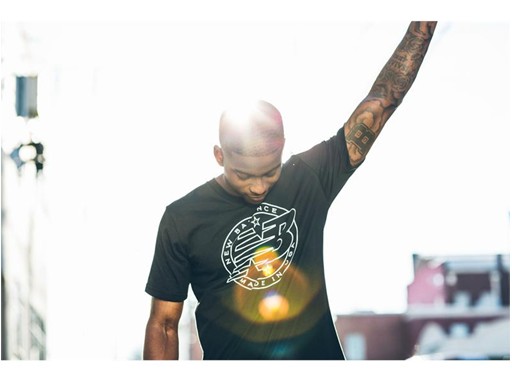 “With the tough competition I was facing in the final I just wanted to focus on my race, rely on my training and get it done. I had to trust in god and trust my ability,” said Bromell. “I am blessed to win Gold here at the World Championships and I look forward to continuing to train and push my ability in an important year.”

Signing with New Balance on October 14th, 2015, Bromell is one of the top sprinters in the world. Bromell was the first high school athlete to break ten seconds in the 100 meters. Then in 2015, Bromell ran 9.84 seconds at the US Championships in Eugene, OR becoming the youngest U.S. runner to qualify for World Championships. He then followed up this performance by winning a Bronze medal at the World Outdoor Championships in Beijing, China in the same year.

“We are so happy to have Trayvon Bromell as part of the New Balance family. He showed again last night that he is fearless in international competition. To have two world championship sprint medals, one of them Gold, before the age of 21 is an incredible feat,” says Tom Carleo New Balance Vice President of Running. “As a person, Trayvon has fit in so well with the New Balance family, truly becoming part of who we are. The future is bright for the Trayvon and New Balance relationship. This summer will be a lot of fun.”

Bromell is currently finishing his degree at Baylor University in Waco, TX where he lives and trains under Coach Mike Ford.

Bromell wore the SD200v1 spikes during his winning race which can be found on www.newbalance.com with the suggested retail price of $130.

New Balance, headquartered in Boston, MA has the following mission: Demonstrating responsible leadership, we build global brands that athletes are proud to wear, associates are proud to create and communities are proud to host. New Balance is the only major company to make or assemble more than 4 million pairs of athletic footwear per year in the USA, which represents a limited portion of our US sales. Where the domestic value is at least 70%, we label our shoes Made in the USA. New Balance owns five factories in New England and one in Flimby, U.K. New Balance employs more than 5,000 associates around the globe, and in 2015 reported worldwide sales of $3.72 billion. To learn more about New Balance, please visit New Balance.com and for the latest press information please visit New Balance Press Box.